The paper entitled "Kinetic Analysis and CFD Modelling of Hydrogen-Air Combustion Applied to Scramjet Vehicles" concerning research activities and results achieved in the framework of WP 4 of the STRATOFLY project  and presented in the Combustion Science and Processes - CSP’22 https://lisbon2022.cspconference.org/ conference included in the Momentum Heat and Mass Transfer – MHMT’22 congress has been selected as one of the best paper of the MHMT’22 congress.

Download the presentation delivered by Guido Saccone during the MHMT'22 Congress: 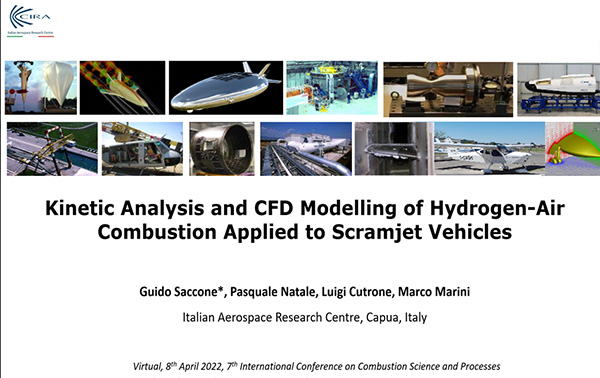 November 2018: From Europe to Australia in three hours time: high speed flight in the stratosphere

Hypersonic aircraft will fly eight times faster than sound and ten times faster than a current passengers transport aircraft: a revolution in air traffic. It will be possible to connect far away locations in a reduced time. For example, you will be able to fly from Europe to Australia in just three hours’ time. Aircrafts and technologies that are studied by the project team will result in innovative propulsion systems This research is accompanied by an analysis of passenger welfare aspects such as comfort, biorhythm and security and environmental effects such as impacts on the ozone layer and climate.

The research project is multidisciplinary and combines technological and operational aspects: the innovative “air-breathing” propulsion system will hydrogen as fuel.

“We are proud to work at a project that will help Europe in achieving another fundamental step towards very high speed passengers transport” says Nicole Viola, project coordinator and professor at the Department of Mechanical and Aerospace Engineering.

The project will make possible the exploration of new flight routes at altitudes currently not exploited and in a context of increasing air traffic (six-fold increase expected by 2050), while reducing emissions and noise, taking care at the same time of impact on climate and passengers security standards.

You have allowed cookies to be placed on your computer. This decision can be reversed.

The STRATOFLY project has received funding from the European Union’s Horizon 2020 research and innovation programme under grant agreement No 769246.